If you’re thinking about pursuing tennis as a sport you will, of course, want to know more about your coach so let me tell you a little about my background and how tennis came to be such a big part of my life.

I first picked up a racket at the age of 8 but it wasn’t until I was 11 and joined Kings LTC that I started playing regularly and had my first individual lessons with coach Liz Jefferies.

Initially a shy and quiet teenager, I found that tennis brought out a level of confidence in me that I had not discovered before, as well as a competitive streak that would continue to grow! I began playing local tennis tournaments and soon discovered that through training hard and playing regularly I could really progress. Through the ages of 11 to 18 I played in tournaments throughout the UK, at regional and national level, and represented my school – Cotham – reaching 4th place in the nation within school tennis. When it came to leaving school at 18 I realised that tennis could open up doors for me and after a rigorous application process to go to university in America I was awarded a full tennis scholarship to play and study at the University of Tennessee Martin.

The focus on sport in America suited me entirely and I threw myself into being the best player I could be for my University team while at the same time completing my degree in Athletic Training (Sports Medicine). Highlights for me at UTM included being chosen by my coach as Captain in my second year, awarded Who’s Who American Athletes, and leading my team to a Conference win in my senior year – the same season I was also awarded Most Valuable Player. On completing my degree I chose to stay in the USA, securing a place at Georgia Southern University to do a Master’s Degree in Sports Psychology which, in turn, led to a job as an Athletic Trainer at Elon University in North Carolina. I gained significant experience working with a range of athletes within Men and Women’s Tennis, Athletics, Women’s Volleyball and Women’s Soccer. After 3.5 years I realised that I was spending too much time in the office and too little time on the court so a re-focus on my priorities brought me back to the UK with the goal of establishing myself as a tennis coach.

Back in my hometown of Bristol for the first time in 10 years I soon found myself coaching at many of the same clubs I had played tournaments at as a teenager. Working as a coach at Millfield Prep School and Coombe Dingle Tennis Club to name a few, I taught tennis from grassroots to national level and became involved with county coaching as well as taking junior players to tournaments around the country. My love of travel and adventure took me to Cape Town in 2011 for 4 months and again in 2013 for 8 months where I met my husband (fellow tennis coach Francois Du Preez) and worked as a tennis coach at Milnerton Tennis Club – while working here I developed a junior tennis program for children from surrounding townships.

Finally returning to the UK in March 2014, my career really did come full circle and in April 2014 I became Head Tennis Coach at Kings LTC, the club that first inspired me to play tennis and to develop my love for the sport back when I was 11. Since joining the club I have worked to increase membership from 180 to 260 players, have encouraged our juniors to compete in tournaments as well as breakthrough into county squads, and our women’s team (which I also play in) are in the National Division. I am also proud to say that in June 2015 I became a mother for the first time and feel very lucky to be able to combine family life with coaching – a reflection of the friendly and inclusive atmosphere that has been established at Kings.

A dedicated team player with experience in the sport as a player, coach, mentor and captain, my passion has always been to get people involved with tennis at every level and in a positive way. With my background in sports psychology I understand the mental aspect of the game as much as the physical and am never happier than when helping people to get enjoyment out of the sport and experience the same joys I have gained from playing and coaching over the years.

I am heavily involved in the Avon County Tennis Coaching – involved in training sessions as well as taking the U14 and U18 girls teams to compete against other counties.

I still play myself and represent the county at the adult winter and summer county cups, as well as the Over 35’s county championships each year. I am very lucky to have also been selected to play for the GB Over 35’s team this year (2019) in October in Miami!

Click here to find out 5 things you didn’t know about Elly!

I spent 10 years studying and working in the USA before returning to the UK in 2011 to focus on tennis coaching. If you’d like to hear more about my background in the sport take a look at my full bio, or see below for a list of my qualifications and career highlights so far. 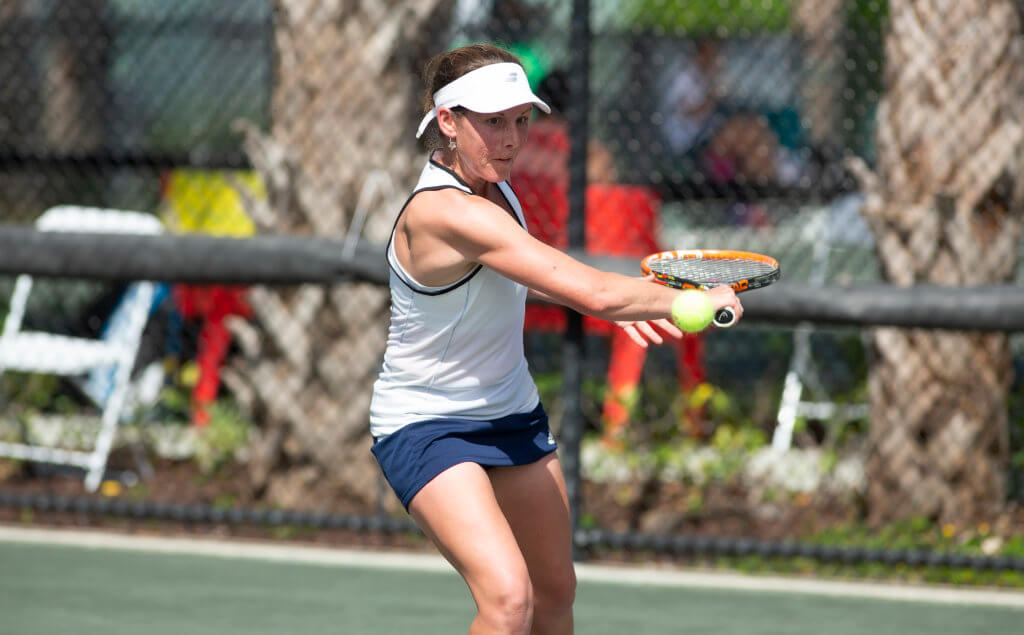 This website uses cookies to improve your experience while you navigate through the website. Out of these cookies, the cookies that are categorized as necessary are stored on your browser as they are essential for the working of basic functionalities of the website. We also use third-party cookies that help us analyze and understand how you use this website. These cookies will be stored in your browser only with your consent. You also have the option to opt-out of these cookies. But opting out of some of these cookies may have an effect on your browsing experience.
Necessary Always Enabled
Necessary cookies are absolutely essential for the website to function properly. This category only includes cookies that ensures basic functionalities and security features of the website. These cookies do not store any personal information.
Non-necessary
Any cookies that may not be particularly necessary for the website to function and is used specifically to collect user personal data via analytics, ads, other embedded contents are termed as non-necessary cookies. It is mandatory to procure user consent prior to running these cookies on your website.
SAVE & ACCEPT

Find out what's happening in tennis, at the club and what coaching sessions are available.

Something went wrong. Please check your entries and try again.
Scroll to Top